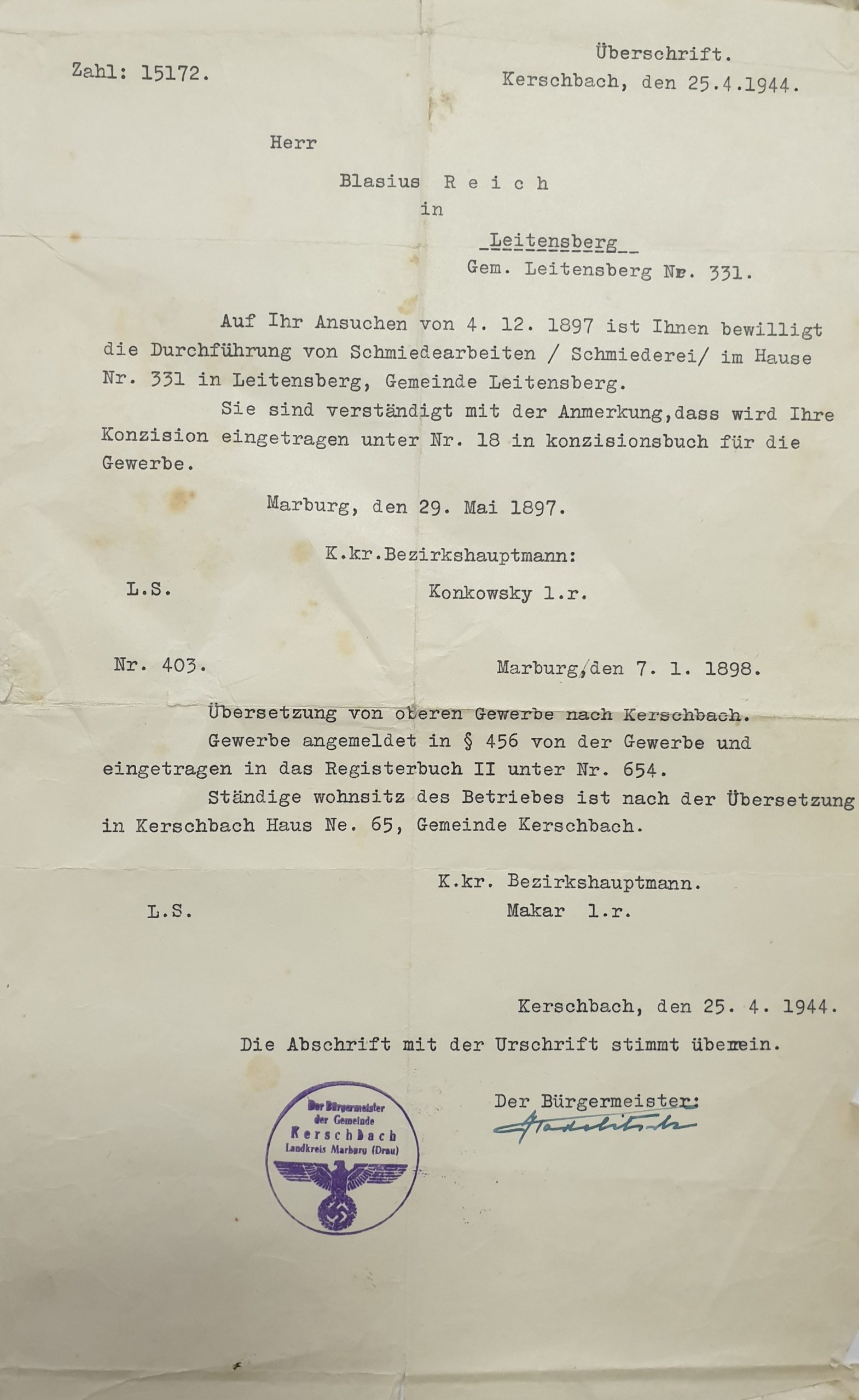 Blaž Rajh obtains an official trade licence and opens a blacksmith’s workshop in Košaki near Maribor. Later he moved the workshop to Črešnjevec, where they were engaged in the manufacture of various products, but they were best known for their ploughs. At the ” blacksmith’s “, as it was called, many masters of their trade were trained. At that time, the name Rajh was also still used.